Thorium is the cherry on the pie, but it’s the liquid fuel that makes the difference

In a perfectly rational society, Kirk Sorensen’s liquid fluoride thorium reactor (LFTR) would have no trouble to get the funding for research, nor for licensing and building. In fact, if our society was even a little bit better at taking rational decisions, we would have seen LFTR’s in operation since the early 1980s. And few in this field will dispute that thorium, used in a molten salt reactor, is the ultimate nuclear fuel in many respects.

But our world as it is, it is often necessary to choose a route which may not be optimal, but that works nevertheless. An important aspect of any route that will work out for molten salt reactors is to show the world a real, working molten salt reactor, and to do so as soon as possible. And not only ‘working’ but doing so very reliable and safe as well.

The first working molten salt reactor that the world is going to see since 1969, will probably not be a LFTR. Fortunately, there is a whole range of other types of molten salt reactors to choose from. After the experiments had ended in 1969, the research at Oak Ridge National Laboratory (ORNL) continued in the 1970s, well into the 1980s. According to some, it is not the thorium that makes the big difference between a conventional light water reactor and molten salt reactor, it is the fuel being liquid that is all important.

It’s this simple: liquids are easier to handle

This aspect is pretty easy to understand. In any chemical or chemical-like process, whether it’s cooking or operating a nuclear reactor, liquids are superior to solids. In any chemical process, liquids make the process easier and better to handle than solids. Liquids are easy to mix, transport, and degas. In a nuclear reactor, the latter aspect is especially important, because in the fuel, some gases emerge that ruin the nuclear reaction. In our standard solid fuel reactors, this is one of the main reasons you have to replace your fuel rods every 12-24 months. In liquid fuel, getting the gas out is a piece of cake: the fuel is kept in top condition. Another important aspect is that the molten salts used are superior heat transporters. In a nuclear process, loads of heat are generated and have to be taken out of the fuel as quickly as possible. Molten salt reactors are champions in heat capacity and heat transfer. In retrospect, it’s pretty hard to understand why the world chose to base nuclear reactors on reactions that take place in solid rods of uranium oxide – it’s just not practical. 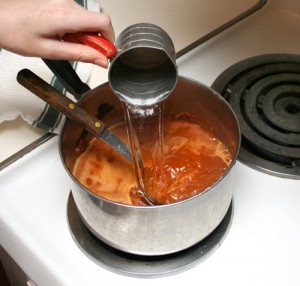 Everybody who knows how to cook is familiar with one of the basics of process technology: make sure your sauce is liquid! Of course, molten salt reactors don’t use water, they only use molten salts.

In order to get a working molten salt reactors as quickly as possible, we see two well financed startup companies, each of which has chosen a smart route to achieve their goal.

The Canadian company Terrestrial Energy took a good look at the later designs of Oak Ridge. As has been stated before, there are many types of molten salt reactors possible – according to some, there is an endless number of possible configurations. This wide range of possibilities makes it possible to optimize on a whole range of different aspects, and I the later designs of Oak Ridge, researchers have been designing for optimizing in proliferation safety. Which means: optimizing the design in such a way that it becomes difficult, if not impossible, to take out material out of the reactor core to use it for making bombs. 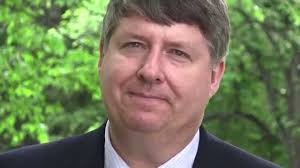 David LeBlanc, the founder of Terrestrial Energy, was especially interested in two reactor types, that have been developed in the late 70s and early 80s. One of these was the 30-years-once-through-reactor. This one featured a closed core vessel, that was designed to work for 30 years at a stretch. The second was the Denatured Molten Salt Reactor, which used a special molten salt mix, based on uranium, but with properties making it especially unsuitable for abuse. Based on these two designs, combined with a new redesign for the core, LeBlanc and his team conceived the Integral Molten Salt Reactor. Early in 2015, the basic design features of the IMSR have been published on Wikepedia.

The second company that took a long hard look at the original Oak Ridge designs is Thorcon Power. This company chose an even more basic design: it chose to virtually copy the reactor that ran in Oak Ridge, from 1965 to 1969 during the Molten Salt Reactor Experiment (MSRE). The main difference is a higher power output. The reactor in Oak Ridge produced 8Mw of heat, the reactors that Thorcon wants to build produce 250Mw per unit, and to put as many units in a power plant as necessary. 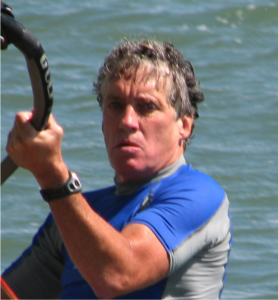 One of the more innovative aspects of Thorcon is not so much in the design of the reactor (that has been proven already, in the 1960s) but in the overall concept of the power plant. In the spirit of founder Jack Devanney, who made his fortune building tanker ships, the power plant is constructed after the example of a shipyard: all units can easily be taken out and replaced. Rather than building with the sturdiest materials, designed to withstand the harshest conditions for more than forty years, Thorcon works with units that are replaced every four years, after which the units are emptied, decontaminated and if possible refurbished.

Thorcon’s licensing plan is just as unconventional as it is practical. Thorcon proposes to do a full series of tests before starting the licensing procedure rather that license first, test later. If Thorcon succeeds in finding a suitable test location, it may well succeed in building a working reactor before 2020.