What are the practical implications of this number, ‘two million times’? Let’s have a look at one of my favorite graphs, to be found on page 164 of David MacKay’s Sustainable Energy – without the hot air (and as often repeated on this site, David MacKay is not pro-nuclear, he is pro-arithmatic). This graph basically tells the story of daretothink, so please have a careful look. MacKay combines two types of reactors ‘Once-through’ and ‘Fast breeders’ (left in the graph) with three types of resource options for uranium: mining, ocean extraction, river extraction (uranium salts are soluble, nature is providing us with uranium all over the planet). Elsewhere in his book, MacKay has calculated that the avarage Brit uses 125 kWh/d, so that is our reference for balancing supply and demand. 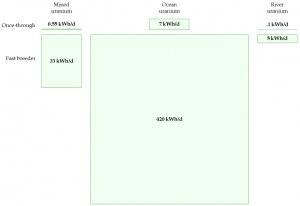 Figure 24.6 page 164 – MacKay Sustainable Energy Quoting MacKay: ‘At last, a figure that beats current consumption! – but only with the joint help of two technologies that are respectively scarcely-developed and unfashionable: ocean extraction of uranium, and fast breeder reactors.’ Molten salt reactors will, in a few years time, get us rid of the ‘but’ in the quote above. 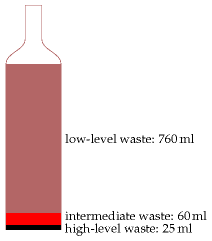 Figure 24-13 MacKay Sustainable Energy The present day nuclear waste problem of the average Brit: 760 ml of low-level waste. 60 ml of intermediate waste, 25 ml of high level waste. For molten salt reactors, the intermediate and high level wastes should be added up and divided by 60. This means: for the same amount of energy, a molten salt reactor will produce 85/60 = 1,5 ml of intermediate waste, which has to be stored for about 500 years. The waste equivalent for coal is 40 liters of fly ash and 1500 kgs of carbon dioxide.

You could compare this to burning wood in a fireplace. And then to doing this: a short while after your fire has really started going, you throw in a bucket of water to stop the reaction (burning wood is a chemical reaction). Now, you have smelling pile of waste that you should dispose of. And it’s nasty stuff too: due to it being not fully burned, it will be full of compounds like polycyclic aromatic hydrocarbons and bisphenols – carcinogenous stuff that most people in history that have cooked their meals over fireplaces have never heard of. I’m pretty sure that if we’d have a national debate about the possible dangers of burning wood, and the difference between burning dry wood and wet wood, in fireplaces, stoves or pellet stoves, in relation to burning efficiency and the possible production of carcinogenous chemicals, we wouldn’t be getting anywhere. 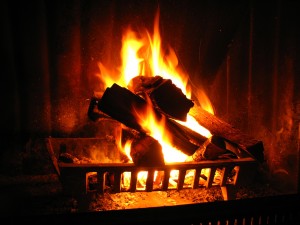